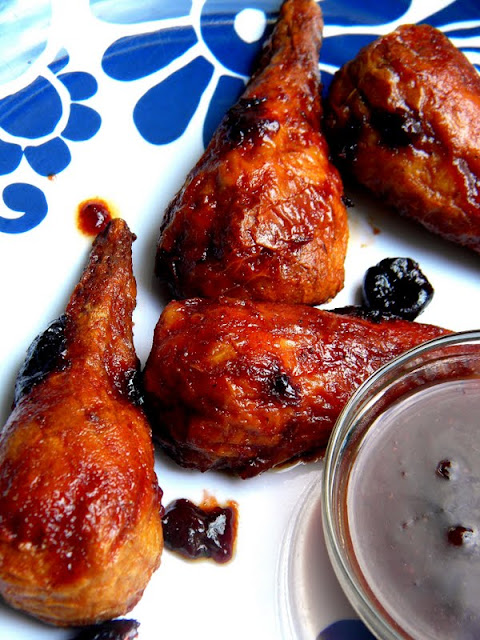 This recipe comes to us from a Betty Crocker Summertime email, not the book,

but is still Betty gold. I admit the original recipe was vegan--but again, we meddled. I was humming this tune the whole time I was making this, and it reminded me of this episode of How I Met Your Mother when Barney made a "Get Psyched" Mix of classical hair metal that kicked ass. I started playing around with songs that were summery, campy, and sweet; just like this BBQ sauce, which is sweetened with cherry cola. This sauce is liquid bliss. It deserves it's own mix to get psyched too.

Now, most "Get Pysched" mixes include classic rock, GNR, Metallica, Lita Ford, power ballads, or 90s dance songs you hear at sporting events... but I think the "Get Pysched" genre can be much more than that. I also think that you have to really dig deep and look at your inner "uncool" self* to make one that'll move you to your bones. One that you might blush a little to admit makes you want to shake your ass like a fly girl. So that's why I made this list of songs that aren't on a lot of iPods out there, aren't "underground" or "hip", and I bet you've actually heard of. I think any of them would be a great inspiration or "starters" for a few different mixes**.
Are you pysched yet? Let's make some BBQ sauce!

Cherry Cola BBQ Sauce (We tested it out with these vegan chicken wings we get from May Wah but it was by just as wonderful with veggie burgers or on a tofurky... you name it)

Put all your ingredients in one bowl and blend with a handheld electric mixer until smooth. We left a few large cherry chunks in there because they're delicious.

* I won't lie. I wear my uncoolness on my sleeve and can't recommend that more. Being uncool is totally where it is at.
** There are some really great videos in there. No really - just so awesome. I now wish I hadn't cut off all my hair so I could have Ronnettes hair like everyday.
Posted by Annie at 9:28 AM