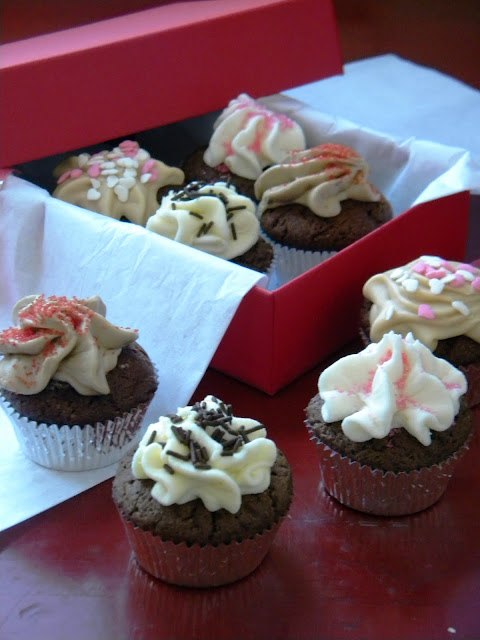 Valentine’s Day is all about one thing: effort. Despite all the television ads telling you to “show her she’s worth it” or whatever by buying her some expensive piece of jewelry (and seriously, who does this? Who spends a couple grand on a necklace? Jay-Z?), in the end, showing someone you truly care them is all about elbow grease. “Baby, I give enough of a shit about you to have re-created every Han/Leia romance scene from all three movies as individual paper mache dioramas. I even plucked the cats for realistic Ewok fur for the closing tableau of Jedi, and melted down all the doorknobs in our apartment to make a clockwork music box to pluck out the Ewok victory song. There’s no way to turn it off, though. I love you!” If you spend that much time on something that’s just going to get thrown away the next time you move… then it really must be love.
Luckily the Valentine’s Day cupcake recipes we have for you below will really fit the bill. They are delicious; but they’re also a bit of work. Now, you don’t HAVE to make four different kinds of frosting like we did—it’ll take a lot less effort if you just make one. But where’s the fun in that?

Annie’s vision for this post was basically a set of various mini-cupcake flavors done up like a chocolate box. You’ll see how each of the cupcakes looks kind of similar, so you don’t really know what the flavor is going to be when you bite into it—just like a good box of vegan chocolates. Part of the fun is in the surprise. Romance, or any interpersonal relationship really, can be like that as well—essentially we all look pretty much the same on the outside, but you’ve got to take a risk and really bite into someone to find out their real flavor. And who knows? You might find that they end up being your new favorite thing on earth. I know that’s how I felt when I took a metaphorical bite out of the extremely attractive young woman who sat next to me at a desk in PETA’s campaigns department about seven years ago. She was like the one random peanut butter cup they throw into a box of chocolates, except it doesn’t look like a peanut butter cup, and you bite into it and you’re like “YES! Peanut butter cup!” Or in this case, “YES! Ideal life partner!” I guess what I’m trying to say here is that sometimes, life is like a box of… wait a minute GODDAMMIT. Disregard.

On to the recipes.

Devil’s Food Cupcakes
You can find this recipe here. Make a double recipe (we’re about to make a LOT of frosting) into mini-cupcakes using a mini-cupcake pan. What’s that? You don’t have a mini cupcake pan? I mean, do you even READ this blog? I don’t know what to say to you. Just make the damn cupcakes and let them cool while you make the frosting so that they’re at room temperature before you start frosting them. 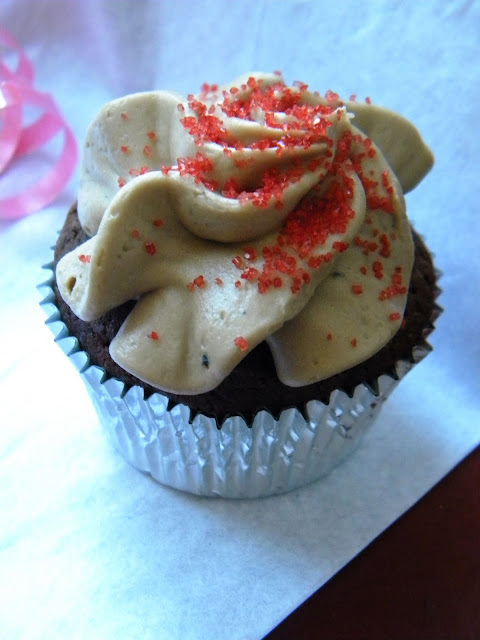 Caramel Frosting
In a 2-quart saucepan, melt margarine over a medium heat. Right at the point where it’s no longer solid (any longer and it’ll just turn into oil, and that’s no good), stir in brown sugar. Heat the mixture to a boil, stirring constantly; it’ll look like you’re cooking motor oil. Once it’s boiling, reduce heat to low, and let it boil for two minutes, stirring constantly. After two minutes, stir in the soy milk. Heat it back up to boiling, stirring constantly, and then remove from heat. Let it cool until it’s lukewarm, which should take about half an hour. Make the rest of the frostings below in the meantime.

After it’s cooled, gradually stir in the powdered sugar. It’s important to add it a little at a time, stir it up, and repeat, until it’s all in there in a smooth mixture. Take the whole saucepan and submerge it in a big bowl of cold water to cool down the mixture—but obvious don’t let the water get in the pan! Remove mixture from water and mix the mixture with an electrix mixer (mix mix mix) until it becomes smooth and spreadable. If it’s too stiff, you can add in a little extra soy milk a few drops at a time. 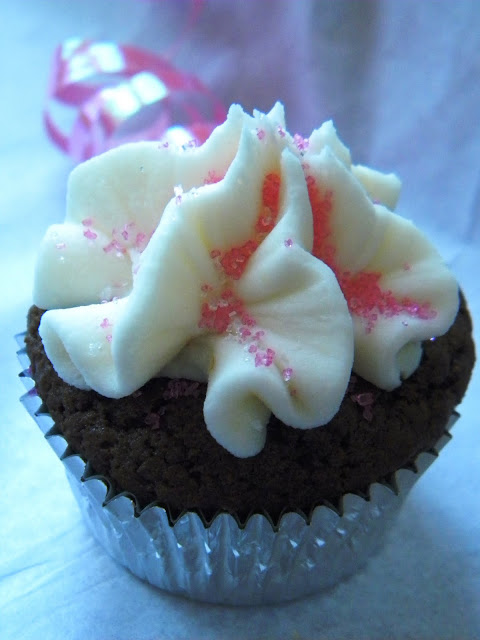 Lemon Buttercream Frosting
In a medium mixing bowl, mix powdered sugar and margarine together using a hand mixer on low speed. It’ll still be really powdery and look nothing like frosting. Add in 1 tablespoon of the lemon juice and mix again; still not really frosting. Add a second tablespoon of the lemon juice and mix again; yeah, starting to look like frosting now, isn’t it? From here you have to use your judgment, and add as much of the remaining lemon juice as you need, a couple of drops at a time, mixing together each time, until it becomes smooth and spreadable. Once it’s there, add the lemon peel in last and mix up one last time. 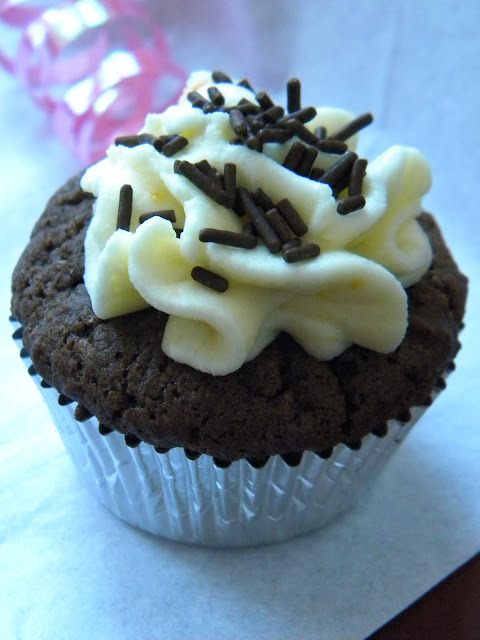 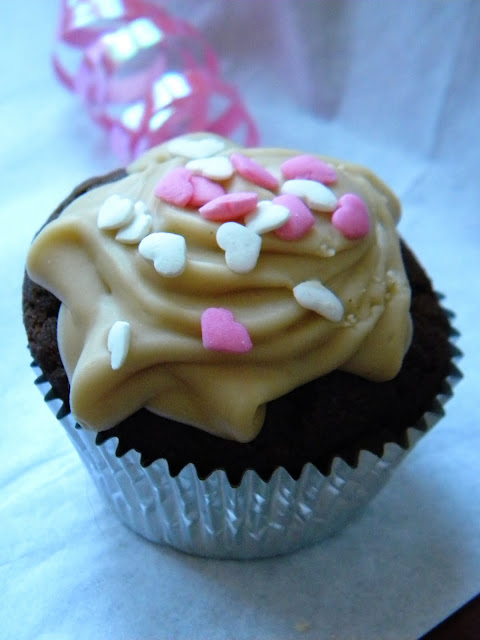 Peanut Butter Buttercream Frosting
Same as Lemon Buttercream Frosting, substituting peanut butter for the margarine, and soy milk for the lemon juice. You’ll need more liquid this time since the peanut butter is stickier than the margarine, but still add it in slowly, two tablespoons at a time first, and then a few drops at a time after that.
Posted by Dan at 4:31 AM