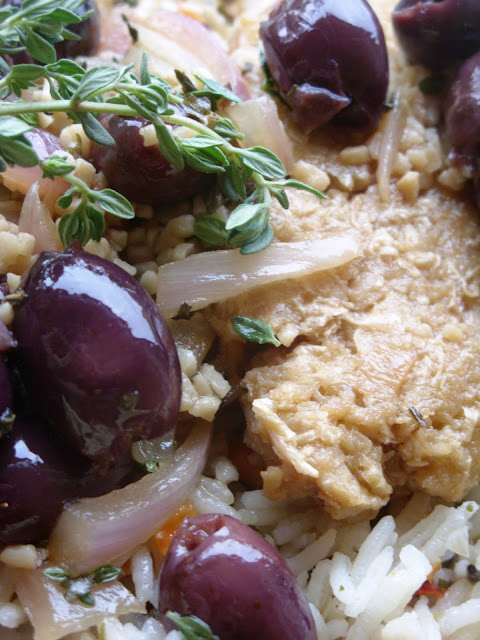 For weeks, I've been talking about making vegan New Style Pork Chops. I tried to research why they're called that, and spent a lot of time looking into what would be the best mock meat to use. I wrote a blog post in my head about this time a few years back when Dan and I were both in New York for work, and I took him to the Algonquin Hotel for dinner. Now if you aren't big history nerds like us, you might not know that the dinning room in that hotel is famous for hosting The Algonquin Round Table in the 1920s.

It was pretty cool to sit in The Rose Room, inches from the table where Dorthy Parker, Robert Benchley, George S. Kaufman, Harold Ross, Tallulah Bankhead, Harpo Marx, and numerous other authors, intellectuals, and various other talents met daily for lunch, conversation and harassment of the waitstaff. What wasn't cool was the menu that left us eating a dinner of roasted vegetable sides and some dry bow tie pasta. We weren't actually there for the food, and now we can say we had gin & tonics at The Algonquin. But in a dream world, a dish made just like this would have been on the menu, and just because it isn't actually called "New York Style Pork Chops" doesn't make that any less true.

I think we've taken this dish to a new level of "New Style" by making it vegan. This is a classy dish that would be perfect for any special occasion, but can also doll up a boring Wednesday.


Make Rice Pilaf per instructions on the box/bag. We used a Wild Rice Mix from Trader Joe's, but there are a lot to choose from.

In a shallow bowl, mix Broth, Lemon Juice, Braggs and Agave Nectar. Dip your Chops into the Broth Mix and count to 20. Place the dipped Chops onto a dish and set them aside.

In your handy cast iron skillet, heat Olive Oil at a medium heat. Place your Chops in the heated Oil and brown on both sides. Once you start to have a crispy "skin" on your Chops, pour the rest of the Broth Mix over the Chop and add Red Onions, Garlic, Black Pepper, and White Wine. Continue to flip the Chops and mix the other ingredients. Let the Chops simmer for around 15 minutes, or until the Onions are tender. Toss in the Kalamta Olives, Thyme and Parsley. Let simmer another 5 minutes.

Serve over Rice Pilaf with a lovely cocktail and some witty remarks.