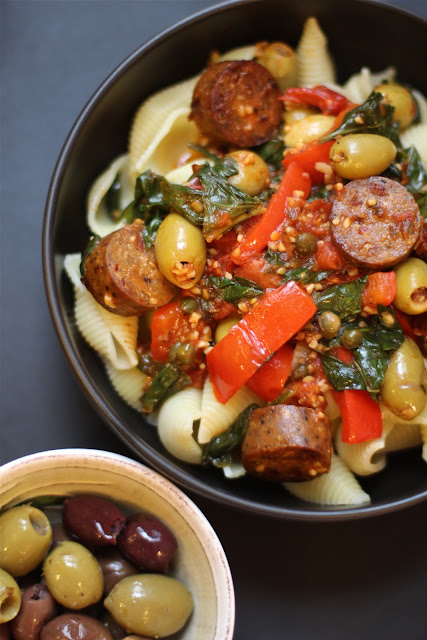 Perhaps it's because it has survived being burnt to the ground, sacked and rebuilt again and again. Maybe it's because even Alaric, the Visigoth king that burnt most of the city to the ground and took a large percentage of the population prisoner, looked to Rome as a foundation of civilization and tried to negotiate peace rather than destroy her. The first time I walked down the gradual incline of Via Cavour and saw my first glimpse of the  Colosseum between two buildings. Just hiding in an alley like a pick pocket. I literally stopped and thought "Nothing lasts forever but Rome is damn close."*

A few months ago Dan and I spent a few days in Rome during a freak snow storm that shut down the city. Like most of the city we took advantage of the weather to eat and sample wines. See Rome can be a pretty vegan friendly place with Penne Arrabiata and Marinara Pizza on menu's all over the city. Of course, if you don't trust the servers when they tell you the pasta is eggless, there is always Il Margutta, Rome's most popular vegetarian hot spot. They have several vegan options. 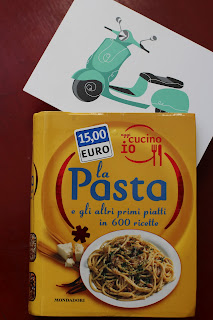 Before we left I picked up a ridiculously thick book of Pasta recipes to veganize and I've been playing around with some the easiest and most intriguing ones first. I could say it was a good excuse to work on my Italian but really I just love pasta.


Pasta alla Puttanesca is actually called Pasta alla Sorrentina in my book - probably because Puttanesca means something like "whore style." Even with a name like that, this Neapolitan dish is pretty well known and popular in restaurants everywhere. Which is impressive because in Italy's long and well documented history, Pasta alla Puttanesca is pretty new on the scene and for generations was considered "poor people food." It wasn't even mentioned in books till around the 70s and its interpretation doesn't just seem to differ from region to region - but by city and sometimes even neighborhood. The kosher Puttanesca I had in Rome's Jewish Ghetto was actually accidentally vegan because it was their option for those with allergies or who wanted to lose weight. The ones on the menu near the Trevi fountain were not. The key elements seem to be a red sauce with garlic, onions, capers, oregano, olives, basil, parsley and anchovies (although that is sometimes replaced with seaweed or in our case kelp). We tossed Tofurky Italian sausage, red bell peppers, spinach and played around with the ingredients a bit to level it up.

It's lovely and spicy in a unique way that makes it more than just another red sauce. I know I should dive into my arsenal of adjectives to describe this better but really - it's just more. 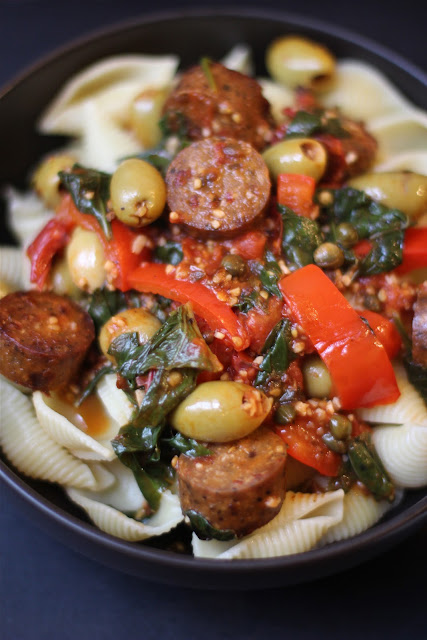 
Prepare your Pasta per instructions on the package.

In your deepest cast iron skillet or saute pan, heat your Olive Oil over a medium heat. Once your Oil is hot, toss in your Vegan Sausage and cook until it has crispy edges and light crust on the outside. Add the remaining ingredients except Black Pepper and cook while mixing until your saue begins to bubble and your vegetables begin to become tender.

Before you serve, use a spatula to crush your Tomatoes in the sauce. This is a very light sauce, it doesn't have anything extra added to thicken it up. So don't worry if this sauce doesn't look like something you would see in a jar. The light broth-y sauce will flavor your pasta when you toss all together. If you clicked on some of the links above, you'll see that even the original sauce is quite thin.

So that brings us to serving! Toss your pasta and sauce together and serve with some fresh Parsley or Basil over the top and some daydreams of vespa rides down the tree lined streets by the Tiber.


* Yes - even in my mongrel half Sicilian heart - I love Rome. You don't have to be Catholic to appreciate Michelangelo's dome in The Vatican. Pretty is pretty.
Posted by Annie at 7:56 AM