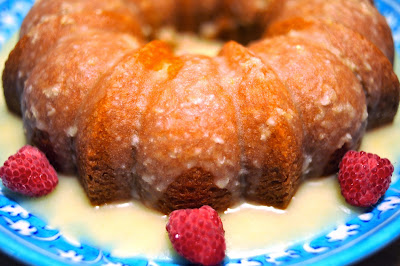 Way out East there was this lady I wanna tell ya about*. Goes by the name of Leinana Two Moons. At least that was the handle her loving parents gave her with a little help from her husband Anthony. But you may not know her by that name. See, this Two Moons, she writes the ultimate cruelty-free living blog Vegan Good Things. I first met Leinana over Twitter back when The Betty Crocker Project was still an angry fit that hit me like a hammer from the heavens above. I can't remember when or how we became friends, but I know that over the years I came to rely not just on her posts and kitchen skills, but on her clever insights. I'm so privileged to call her my friend and to have her feedback and encouragement. In a world that has multiple The Fast and The Furious movies, I think have higher standards than the general population concerning what's "cool", but I can say this with no hesitation: if you're interested in going vegan but not in turning your life upside down, Leinana is one of the coolest vegan gurus out there.

November is going to be our Month of Baking! Yes, we'll still feature Thanksgiving recipes like last year, but we also plan to bake now that it's cold enough to crank that oven. To launch it all off, Leinana made our Tuscan Lemon Cake. This is one of my very favorite cake recipes ever and I have to admit her tips at the end are dead on! Again, Leinana's feedback = awesome.

I can’t remember when I first discovered Meet the Shannons, but I do remember that I instantly loved it because 1) I actually wanted to eat ALL the food on it, and 2) I loved their crazy sense of humor and all their funny links. I totally related to the food they were making, and I was excited that they were veganizing the types of recipes that I grew up eating. I also admired all the amazing animal activism that they did, but in my personal life, the best kind of vegan outreach has been trying to make delicious vegan food that manages to surprise and comfort people at the same time. I love showing people that anything, really anything, can be made vegan. Want a pepperoni pizza? I can make a vegan one! Want a tuna noodle casserole? Make a vegan one! I just feel that if people realize all their favorite and familiar dishes can be easily veganized, AND they start to learn about the various reasons – health, environmental, and ethical – for not eating meat and dairy, then there really leaves no reason for them to not consider going vegan. It seemed clear to me that the Shannons share this same approach and this is exactly what they manage to accomplish for so many people with their blog.

When we first started communicating with each other online, I just knew that Annie was someone I really wanted to be friends with. Lucky for me, she and her husband have since moved to Brooklyn, not far from where we live, and now we are all friends in “real life” as well. Not only are we friends, but we seem to have some kind of vegan food ESP going on. It works something like this: I suddenly have a craving for something sort of nostalgic that I ate growing up (like cheeseburger pie or shrimp gumbo) and no sooner do I think it than Annie posts a recipe for it. It’s kind of amazing. The same thing happened when I recently had an overwhelming craving for lemon cake. I wanted to make one, and Annie reached out to ask me if I wanted to make her Tuscan Lemon Cake for a guest post. 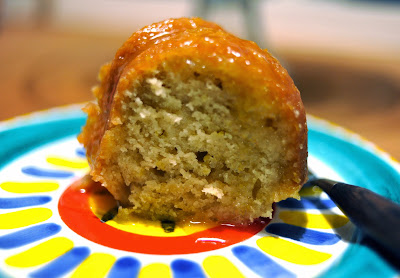 I’ve since made this cake a few times and I’m totally in love with it. Annie calls this a “special occasion lemon cake recipe,” and it is special, although for me the occasion is usually something more like “Tuesday” or “Sunday.” This cake comes out incredibly moist and hits just the right tart-sweet notes. It’s pretty much a perfect lemon cake.

Just a couple of notes about the recipe: definitely scrape your mixer beaters, because a lot of the lemon zest seems to stick to them, and you want that zest to end up in the batter. Just use a spatula to get all the zest off and then mix it in. Also, it helps to wait a little while for both your cake and your glaze to cool before you drizzle the glaze on top, or else it will just run off the cake and pool onto your serving dish. Then you’ll have to spoon it over the cake again until it sticks on top. Other than that, there’s nothing I can add to improve this recipe. I know it’s become somewhat cliché to note that “it doesn’t even taste vegan,” but it’s true. There’s nothing about this cake that anyone, vegan or not, wouldn’t love.

* If you're seen The Big Lebowski as many times as I have, you'll appreciate this intro more.
Posted by Annie at 9:12 AM