All Kneel Before The Great Herbivore Contest of 2011!*

Anyone who has ever planned a wedding has at one point realized the importance of having a good photographer. You look at how much money is being spent, think about all the folks traveling from all over, and it becomes clear that not having legit documentation would be a tragedy.

And anyone who's ever been anywhere near a wedding has experienced what is captured in this video. Now you might be tempted not to watch it, but someday you'll be old and will regret that choice.

When it came to our wedding, my first and most important request was that there would be no campy wedding photographer hijinks. No Easter baskets full of bridesmaids. No pretending we're on a trampoline. No Photoshop shenanigans. No freaking pyramids!

I can tell you this was clearly explained to our photographer, but alas, the day came and I was unprepared for the pure insanity that was inflicted on my loved ones. I mean it was so bad I keep expecting Ashton Kutcher in a trucker hat to pop from a the bushes all like "Dude! Hilarious!" Two years later, I've found a way to laugh at these photos. Many of you have already seen photos from our cruelty-free wedding on Offbeat Bride, but today you're going to see two never before released director's cut photos and get a chance to win a FREE t-shirt from Herbivore Clothing Company!

Our buddy Josh Hooten over at Herbivore Clothing designed the best wedding invitations ever for our special day, and so it only seems fitting that we'd celebrate our 2nd wedding anniversary by sending more Herbivore awesomeness out into the universe!

So here's the contest! VOTE in a comment below for which ridiculous wedding photo you like the most, and we'll randomly choose one follower to win a Free t-shirt from our buddies at Herbivore Clothing Company! If you're not already a follower, you can find the button to follow in the right hand column.

We'll announce the winner on Wednesday, July 27th and release an album of more never before seen wedding photos that will make you laugh and cry. You will feel a wide spectrum of emotions. Shall we begin? Here are the contenders!

A. The Battle Cry (You really should click on this one so you can see the faces better) : 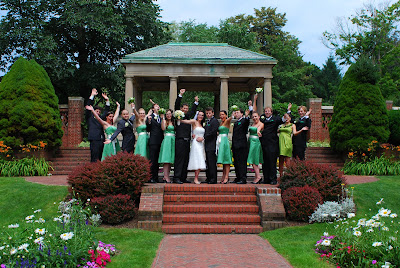 B.The Veil (Please note that this one is a photo of this shot being set up - so it just hints at the insanity you will seeing next week) :


So now you know how it works - get out and rock the vote**!

* This title might be only funny if you've seen Superman II and are clicking on the links in this post where I am comparing wedding photographers to General Zod. But even if you are a normal person who has better things to do than remember quotes from amazing 80s superhero movies... this is still an awesome contest!