Is there anything cuter in the vegetable world then a little green onion? Hmmmmm. Nope.
Lately Dan and I have been focusing quite a bit on cute. We've had a lot of cute things in our lives these days, and I'm about to gush about one of them: a little XBox Live Arcade game featuring the artwork of Dan Paladin (Ed. note: no relation.) called Castle Crashers.
We spent a good part of Saturday night beating this game, and I was almost sad to see it end. From the second the adorable little castle band starts to play, I was totally hooked. Even the ghouls and zombie polar bears are freaking precious but you don't have to take my word for it. You can just watch this (you have to hit 'read more' at the end to see the player):
Another charming item making a special appearance this week: The Artichoke. Man, I love artichokes! They're delicious, spiky flowers that I would eat everyday if I could. Expect some artichokes this week; we have another recipe coming up that I think is going to rock.
Until then, bake yourself up a dish of this incredibly delicious dip that is the perfect bribe to get your friends over to play Castle Crashers. Castle Crashers and this dip are designed to share with loved ones. I'll be honest: it's kinda rich. Here's a photo of the not so vegan at all version - ours isn't nearly as rich as that. Actually, it isn't even close to being as rich as the "lighter" version suggested in the cookbook. But put this on a thin cracker or pita... this dip is pretty much divine.
Yeah, I said it. Divine. Thank you Betty. This dip completes me.

In a bowl, blend Veganaise and Nutritional Yeast with a hand mixer. Then, stir in 1/2 Cup of Daiya Cheese, Green Onion, Artichoke Hearts, Spinach, Lemon Pepper and Onion Powder. Spoon into an ungreased glass baking dish or ceramic casserole dish.

Cover with the remaining 1/2 Cup of Daiya Cheese. Bake for 15-20 minutes or until the top begins to brown and Daiya is melted. Serve warm or room temperature with cracker or bread to your friends/fellow crashers. 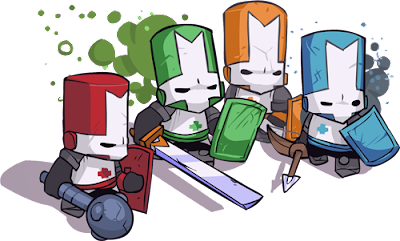