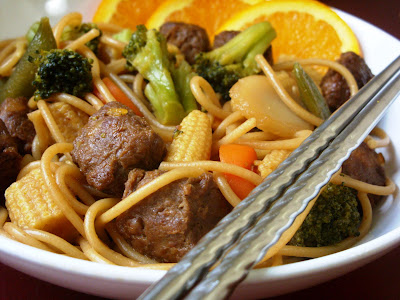 Fact: I went to a pro wrestling match with my buddy Holbein on Sunday.
Fact: It wasn’t some sort of hipster irony thing (I‘m against irony in general).
Fact: I am 30 years old.

People say that pro wrestling is no fun because it’s pretend. First of all, these are the same people who got off telling their friends’ little sister that Santa Claus wasn’t real. Second of all, of course pro wrestling is pretend—that’s WHY it’s fun. Imagine if I'd spent Sunday afternoon in a building full of 10,000 people screaming their heads off while three-hundred-pound men REALLY threw each other onto the concrete floor from ten feet off the ground, smashed each other over the head repeatedly with steel folding chains, and just generally beat one other senseless like a chimpanzees on a movie set. It would be grotesque; it would be human dog fighting. And it wouldn’t be fun AT ALL. Professional wrestling is fun because it’s pretend. Otherwise it’d just be violence.

I thought of this while cooking this recipe, watching Gardein Beefless Tips sizzle and brown in a thin layer of sesame oil in our trusty wok, weighing the promise of a mid-preparation snack against the inevitability of singed fingertips. “It looks so real,” I thought—and for a moment I had the slightest little twinge of vegan guilt. But here’s the thing… if it had been real, it would have been disgusting. I know this. And lo: professional wrestling. Fake meat is delicious and wonderful and all that is good in the world precisely BECAUSE it’s pretend. Otherwise it’d just be violence.

Without further ado… this recipe is scheduled for one fall!

Steam the Frozen Vegetables—we got the ones that you steam in the bag in the microwave.
Add peanut oil to a wok over medium-high heat and allow it to heat up. Add the Gardein Beefless Tips; cook until they’re brown and crispy on the edges. Remove from wok; keep warm. Leave the leftover Peanut Oil in the wok for increased yumminess in the next step.

In the same wok, mix Vegetable Broth, Stir-Fry Sauce, and Marmalade. Whisk the Marmalade in until it dissipates. Heat until boiling, adding the Cayanne Pepper right before boiling. Stir in the (no longer) Frozen Vegetables, Baby Corn, Spaghetti Noodles. Reduce heat to medium. Cook until the sauce boils, and then simmer for about 5 minutes. If you use the teriyaki glaze instead of the stir-fry sauce like I think you should, your sauce might not boil; in that case just cook about 10 minutes.