The Betty Crocker Project : French Toast with a Variety of Sweet Butters 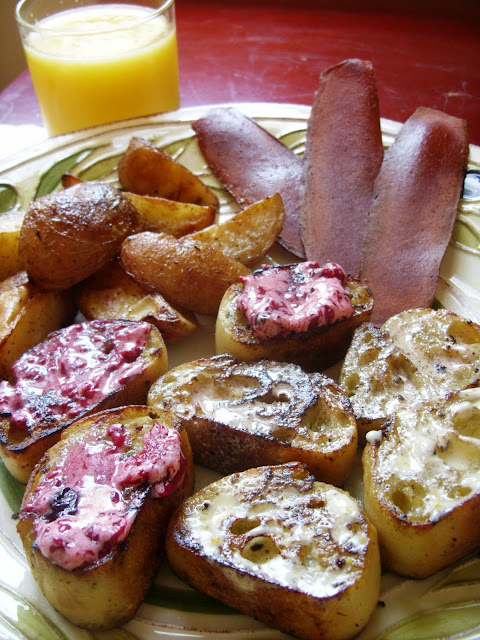 It was a long, humid, Virginia weekend. Not ideal for baking or frying or whatever. It was the type of weekend that makes you consider getting one of those little Hibachi grills for your fire escape so you can still cook and not turn your home into something Dante may have written about.
Perfect weather for long walks to the theater to see Iron Man 2. I'm not really sure why it took us so long to see this. We were talking about going opening night for months. I hope whatever we prioritized was really good because that movie seriously lived up to the hype. On the walk home, we talked a lot about our confusion over the Titanium Man storyline and our thoughts on Scarlet Johansson as Black Widow. See, Dan and I like to play this game where we cast pretend movies based on super heroes/literary classics/cartoons/80s sitcoms with current actors and actresses. We both agree -  Angelina Jolie was born to play Black Widow and she could do the accent unlike Scarlet apparently BUT most importantly if you're going to have an older (as in not in his 20s) Tony Stark why is it not appropriate to have an older (as in not in his 20s) Black Widow? Angelina Jolie would have been more age appropriate considering what is to come. ALSO - If you didn't stay for the end of the credits you missed out on a teaser that was so awesome it actually made me yell "YES!" in the theater. No joke - I'm really lucky to have Dan. In case you miss it - here's a clue.
This brings us to Monday morning. The rain had come and we made an epic brunch that had not just 2 of Betty's fancy Sweet Butters but 3! Adapting Betty's French Toast recipe went fine but I still stand by the best Vegan French Toast recipe that at one point it was ironically renamed Freedom Toast. That should pretty much give you an idea how long we've been making that recipe.
Enough chatter let's eat brunch!

French Toast
In a bowl with high sides, mix all the ingredients above except Bread and Olive Oil with an electric hand mixer.
Heat Olive Oil in an cast iron skillet on a medium heat. Preheat oven to 200.
Dip the Bread into the Soy Milk mixture and make sure it gets an even cover but doesn't get soggy. Place in the skillet one at a time. Brown on each side will it is the desired color and firmness.
When you pull them out of the skillet put them on an oven safe plate in the oven to keep warm.

Put a little more Olive Oil in the skillet and toss the fake bacon and whatever Cajun Potatoes you might have left over. Sprinkle a little more of Tony Chachere's Cajun Spices 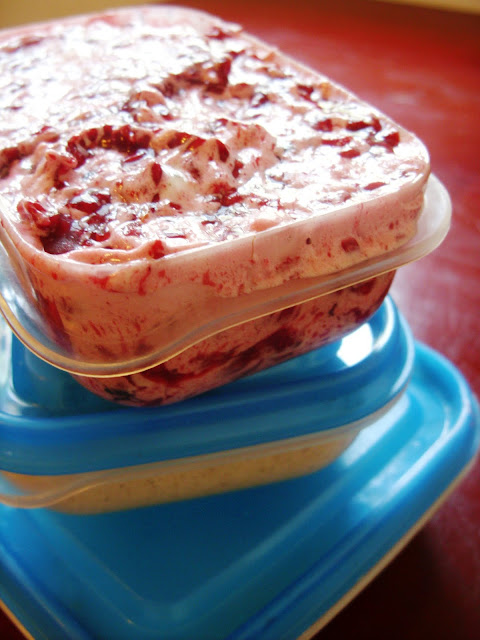 So let's make some SWEET BUTTERS! You're going to have leftovers but it's cool just Tupperware it up! (Yep I typed that - my 16 year old self would be so disappointed.)
On Friday, we did a Facebook/Twitter poll to see what kind of Sweet Butters people would want to see and the response was kind of overwhelming. People seem really excited about Sweet Butters so we decided to go with 3 instead of just the original 2. . .

Raspberry Butter
Blend it all together with a hand mixer or in a food processor.
Cinnamon Sugar Butter

I know you may have a hard time choosing which Sweet Butter is best. That is why I made this: 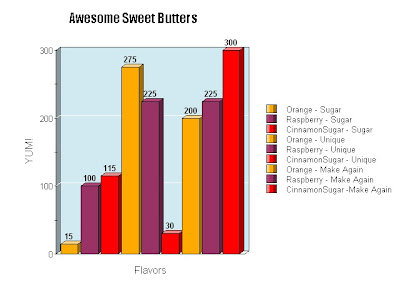