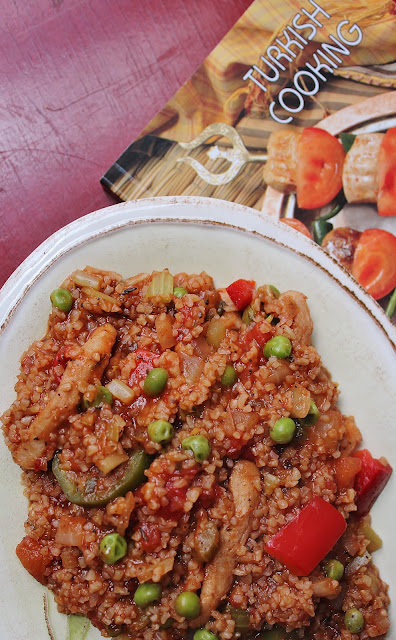 There is a crazy thing that happens when you're a food blogger who hasn't been able to post reguraly because you're working on a book. You're still writing all the time but you can't decide what to post and then you end up not posting at all. This week we actually had a house guest! So it was double the posting drama.

I know! We actually let someone into our Fortress of Solitude that has become our Brooklyn apartment. Michelle Schwegmann from Herbivore Clothing Company and I stayed up late talking like we were having a slumber party and explored this not so little borough we call home. Including a happy jaunt around Park Slope and an afternoon in uber-hip Williamsburg. We had a vegan Creamsicle shake, vegan Caesar salads and some Buffalo fries with the lovely animal activist Amy Trakinski at Foodswings then took a walk over to see Leanne and her adorable dogs at Vaute Couture. Not a bad week. Not a bad week at all.

But it left little time for cooking and blogging. Then I woke up this morning with the remains of a dream in my head. In this dream, I was talking to people on a bus about how much I love bulgur and all the fun dishes I have made over the years with it. I was speaking with real purpose and passion about my adoration for this grain and at times would turn to people for validation to find that they were either completely captivated or looked like they were being held captive by a crazy person. Yes. It was an odd dream but it reminded me that I had a recipe I had been meaning to share since our return from Istanbul a few months ago.

Now some of you might remember when we made Vegan Turkish Tempeh Whole Wheat Lahmacun -- we mentioned that we bought a pretty interesting Turkish cook book. Well, we've made a few things out of it since then and everyone has been pretty much awesome. This dish was one of my personal favorites because (obviously) it's a very flavorful bulgur pilaf that gave us an opportunity to use some of the herbs we bought at The Grand Bazaar. The thing about this book is that it's full of inspiration but the recipes are strangely vague. For example the original recipe for this dish in the book calls for 150 grammes meat in small cubes. I guess it doesn't need to be any particular kind of meat and the liquids in the book are measured in "glasses". I'm not kidding. 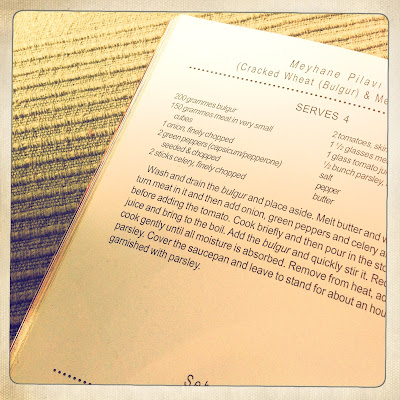 Needless to say - we took some liberties like usual. Our dish is pretty delicious and makes a lot. You'll have a lot of leftovers to keep your kitchen cool this summer or to take to lunch for work. Whatever you want. That's not my business. What I can tell you -- this recipe will flip you for real! 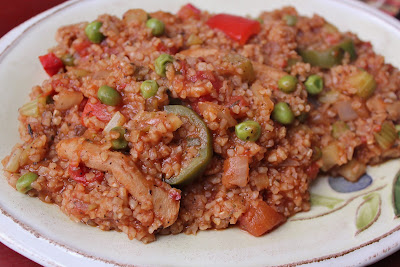 Toss the remaining ingredients in your pot and mix thoroughly. Cover your pot and reduce heat to a simmer. You want to cook your Bulgur until it's tender like rice. Read the package your Bulgur came in to see how long they recommend cooking their product for. It took us about 20 minutes but some products take more or less time. While your Bulgur cooks, use a spoon to mix your ingredients every once in awhile to make sure it cooks evenly and nothing sticks to the side.

Once your Bulgur is tender, remove your pot from heat and mix in your Vegan Chicken. Your pilaf is going to be saucier than you might expect. Serve hot or chilled with some fresh Parsley over the top.

Afiyet olsun!
Posted by Annie at 9:34 AM