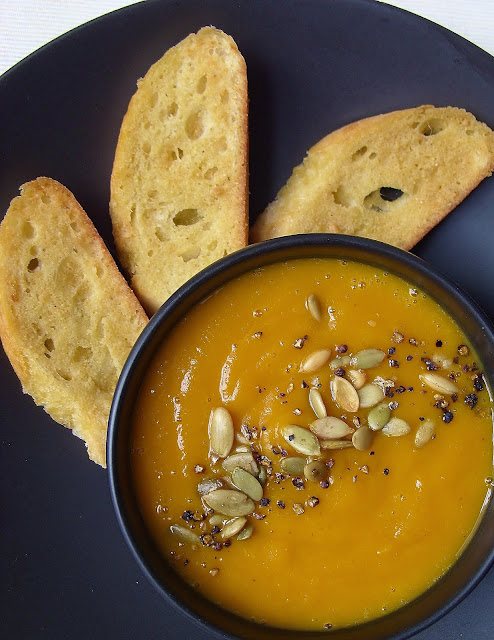 Toss all ingredients except Pepitas into a large soup pot or Dutch oven and heat to a boil. Then cover and reduce heat to a simmer. Let simmer for 20 to 30 minutes or until all the vegetables are extremely tender.

This recipe makes 4 large bowls of soup... but don't be afraid and prepare for glory! No surrender! That is Vegan Law! No vegan soup shall be spared!

Don't forget the Vegan Parmesan Croutons... We made ours large to be dipped in the soup but I also like them with Caesar salads. 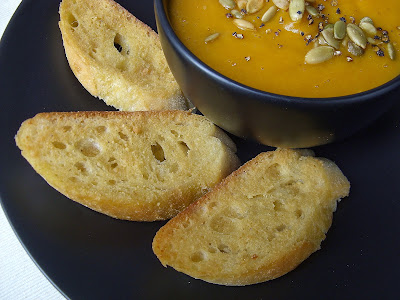 Brush each slice of Bread with Olive Oil and then sprinkle 1 tablespoon of Vegan Parmesan Cheese over the top evenly. Place them on your loyal pizza stone and put them into the oven.

Pull them out when they are a light golden brown. It shouldn't take more than 10 minutes.


* This is probably only funny if you remember the movie based on Frank Miller's graphic novel 300. I admit I was misquoting 300 a little too much yesterday while I was cooking.

Example : "Tonight we dine on CARAMEL!" ( I was making Vegan Caramel Corn)
Posted by Annie at 10:27 AM