﻿Once upon a time there was a girl* who had never eaten rhubarb. Over the years, several opportunities to bake with rhubarb presented themselves, but it never really appealed to her. Then one day she found herself in a position where she had to be open to new ideas... because Betty Crocker said so.
Last weekend, we had a perfect married weekend. When I say perfect, I mean super crazy mega-married weekend**. We got up early on Saturday, filled our travel mugs with coffee, and went to the Brooklyn Botanic Gardens. They're free 10am to noon every Saturday, and it's rose season. You don't have to love flowers to love this place, but if you do, it totally rocks. I strolled around for about an hour with my best friend and talked about the random things friends talk about when there are pretty things to look at. Then we walked over to the Grand Army Farmer's Market to load up on organic and locally grown everything.
﻿
﻿Yes, that's where we got that gorgeous bread from yesterday's post. It's also where I found organic locally grown rhubarb and these huge irresistible baskets of organic strawberries from New Jersey. We bought too much because this was my first time baking with it, but I knew there were two recipes in Betty's Big Red

that asked for this pretty pink celery looking stuff - so sometimes you just have to be brave and commit.

Now, like always, I did a little research before I committed to a big bag of rhubarb. You may already know these things about rhubarb, but in case you don't, I hope you find this helpful during your own rhubarb purchasing and baking missions:

First thing we made was Strawberry-Rhubarb-Mint-Tea-Tarts and if you're wondering where the Tea Tart recipe is, well I should be honest and tell you, the crazy person in me wasn't satisfied with them. The crust was just a little too crumbly. We made a tiny tweak to a recipe we already love with our vegan chicken pot pie and used a different vegetable shortening, but apparently it made a big difference. I think this tart would have been perfect with the crust we used for the fresh berry & tea tart and so we're going to try that next. The other thing was that I wasn't sure how rhubarb cooked down. So my first 2 tarts were overflowing like Jane Mansfield in an evening gown***.
﻿﻿
It was a sad moment when I realized these little tarts, tasty as they were, weren't ready for the public. But the kitchen can be a funny place. Just when you want to give up and order a pizza, you remember there's a coffee cake recipe you still need to try. These muffins are our take on Betty's Rhubarb Coffeecake and are lovely little buddies to start the day with. They've also convinced me that I can take on rhubarb.

So enough chatter... to the rhubarb!

In a large bowl, blend all ingredients except Rhubarb, Strawberries and Raw Sugar with an electric hand held mixer for around 3 minutes. Gently stir in Rhubarb and Strawberries.

Put liners in your muffin pan and fill them 3/4 of the way with the batter. Then sprinkle some Raw Sugar over the top.

Bake for 30 to 35 minutes or until you can stick a bamboo skewer into the center of the largest muffin and remove it cleanly.
These little guys are made with whole wheat flour so they are a bit heavier than your average muffin but who doesn't love a little more muffin?


* Yes this girl is me.
** We even went to brunch at Sacred Chow with our friends the always lovely and clever Nick and Susanne and had these epic vegan almond cappuccinos! 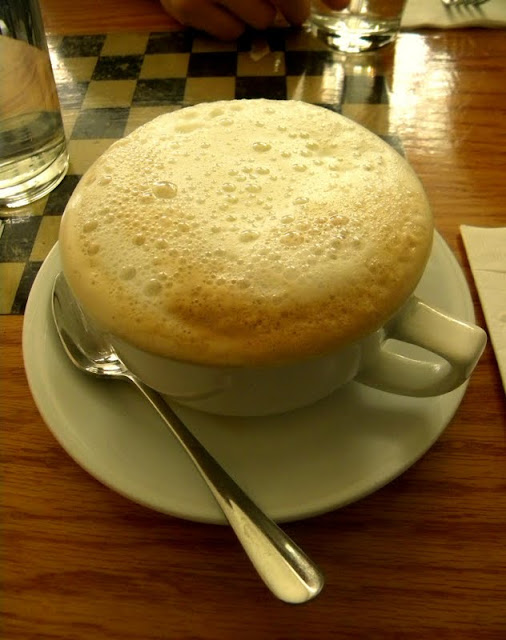 *** This was just the first run for these tarts... We'll post them when we get them right. So look forward to that! 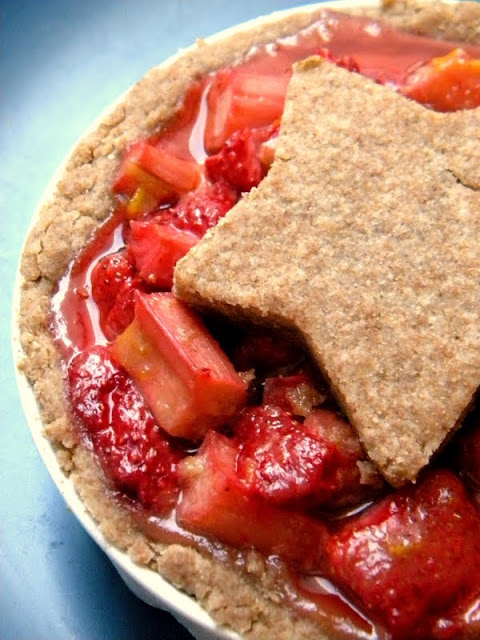