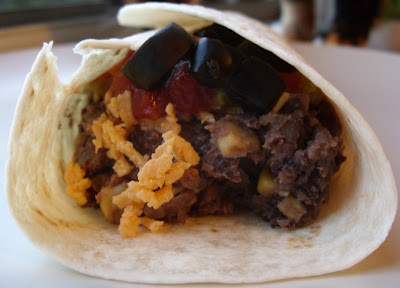 The San Francisco Giants and the Texas Rangers are playing in the World Series right now. That’s baseball, for the super-vegan among you. I’m a diehard Red Sox fan, and Annie grew up in a Yankee household—it’s just like the Montagues and the Capulets, only if they were baseball teams instead of noble families, and if Juliet couldn’t tell you who played second base for the Capulets if you held a gun to her head.
Anyway, the point is, we don’t have a native rooting interest in the World Series this year—other than that the Giants’ Aubrey Huff is the franchise player for my pretend Washington Grays franchise in the baseball management computer simulation game that I play obsessively. But nerdery aside, whoever wins, it doesn’t really mean anything for the Shannon household. In a counterintuitive way, this almost makes me enjoy the games more. The only thing you’re rooting for is a good, well-played game. There’s no stress, no heartache, no feeling of loss or emotinal turmoil riding on the outcome. It’s just pure baseball, being watched not in the hopes of validating a lifetime spent supporting a certain team, but just because it’s fun.

Cooking is kinda like that. No one “wins” cooking (other than Annie, who clearly OWNS cooking). No one’s heart is broken if things don’t work out. You’re just cooking because it’s fun, and you just want to see a well-cooked meal because that’s what’s best for everyone, and what will be the most enjoyable. And if things don’t work out? No sweat. There’s another game tomorrow.
This concludes my half-assed attempt to work the World Series into this blog in a semi-coherent way. How’d I do?

Oh right and I made burritos. Check it:

Drain the black beans and rinse them off in a colander or other similarly-slotted draining gadget. Transfer to a bowl and mash ‘em up good. They should look like refried beans that haven’t even been fried once yet. So... just beans.

Anyway, in your perfectly cromulent cast-iron skillet, heat olive oil over a medium-high heat. Cook the onion and garlic together in the oil for about five minutes, stirring occasionally, until the onions start to get tender. Add a couple squirts of Braggs and the green chilis (mmm... incapacitating), and cook another few minutes. Then add in beans, mix everything together, and cook until hot.

Take the tortillas and start building your burritos. We went with the bean mix first, with a generous sprinkle of Dayia on top so it gets nice and melty, then salsa, guacamole, olives, cilantro. Betty said to use chopped tomatoes too, but we went with salsa instead. If you want to do it her way, I ain’t gonna stop you. I mean, I WOULD. But you live in like, Canada, or wherever. So I can’t.